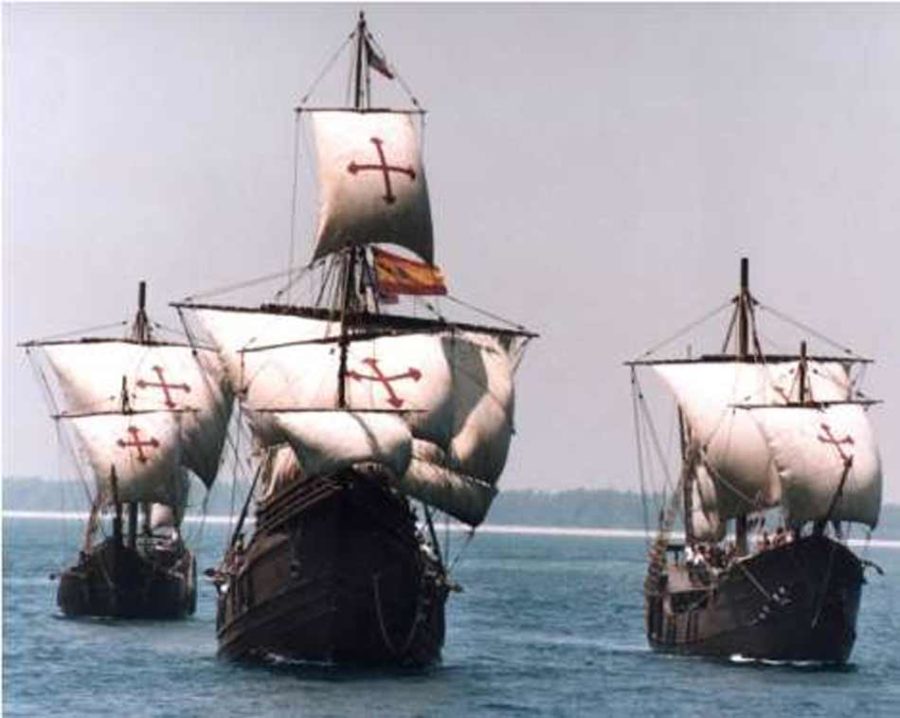 It has always been said that it was Christopher Columbus who discovered America on 12 October 1492, although there are many indications that it was actually the Vikings who arrived there 500 years earlier.

However, what is really controversial is Columbus’ origin, which is officially unknown although he is considered to have been born in Genoa (Italy). This is an unsubstantiated point, which is why many theories have arisen throughout history about its real origin.

Where was Columbus from? Theories about his origin

Genoese, Galician, Portuguese, Valencian, Catalan, Castilian, Navarrese… even Croatian or Polish. A variety of historians and researchers have developed all kinds of theories to prove these origins, based on genealogical themes, ancient writings or topographical names left in America.

Christopher Columbus… was he Mallorcan?

Yes, that is the theory held by researcher Gabriel Verd Martorell, who has been compiling information on this subject for nearly 40 years and has published several books. His hypothesis is very interesting and is based on several points, which we will briefly review here.

Why did Columbus hide his origin?

Gabriel Verd argues that Columbus was the illegitimate son of a high-ranking nobleman and a Mallorcan woman. Specifically, the prince of Viana (brother of King Ferdinand the Catholic on his father’s side) and Margalida Colom. According to this, Columbus would have been born in an old farmhouse in Felanitx, today an estate known as Son Ramonet.

According to this theory, Columbus concealed his origin so as not to harm King Fernando in political matters, and in return he received help for his expedition.

But there is also another very important question, and that is that as a young boy Columbus may have been sailing with his uncles as a corsair in the service of Renato of Anjou, Count of Provence and enemy of the Crown of Aragon. Another fundamental reason for concealing its true origin.

Some facts about the Mallorcan theory

Both the name (Cristóbal, Cristófol in Mallorcan) and the surname Colom are very common in Mallorca, which could be a possible indication.

At that time, commercial traffic in the Mediterranean was very important, and Mallorca was a strategic point. Here, navigation was highly developed and good maps were essential. It is not surprising that the Mallorcan cartographic school was at the forefront of Europe, and that in this environment excellent seafarers, such as Columbus, were born.

In certain ancient texts, Columbus is referred to as a “Catalan”, most likely because at certain times he must have spoken Mallorcan, a variant of Catalan.

Several of his discoveries in America were baptised with place names closely linked to his supposed Mallorcan origin: The first name he gave in the New World was “San Salvador” (as the Puig de Sant Salvador in Felanitx, very close to where he was born, is called). Shortly afterwards, he called a new conquest on the coast of Venezuela “Margalida” (his mother’s name and typical Mallorcan). Today it is a well-known tourist destination and is known as Margarita Island.

The University of Granada, scientific research

This University is very involved in this enigma, and in fact on 19 May 2021 it organised a symposium where 8 different theories about the origin of Christopher Columbus were presented.

A fundamental part is being carried out by Dr. José Antonio Lorente, Professor of Forensic Medicine at the UGR. Dr Lorente is using state-of-the-art procedures to analyse the skeletal remains of Christopher sons Diego and Hernando and other possible relatives in order to decipher their DNA and try to prove their Columbus origins.

October 2021, will the enigma be revealed?

Important conclusions are expected to be made public on 12 October, with a solid scientific basis, following the studies of Dr. Lorente and also the work carried out by the universities of Florence and Texas. More than 500 years after Columbus’ death, will we finally know the truth?

In any case, if you like history and want to read in more depth about Christopher Columbus and the Mallorcan theory, we recommend Gabriel Verd Martorell’s book “La revelación del enigma” (The revelation of the enigma).

Regardless of whether Columbus was ultimately Mallorcan or from elsewhere, the whole period surrounding him and his own history are fascinating. Are you going to miss it?