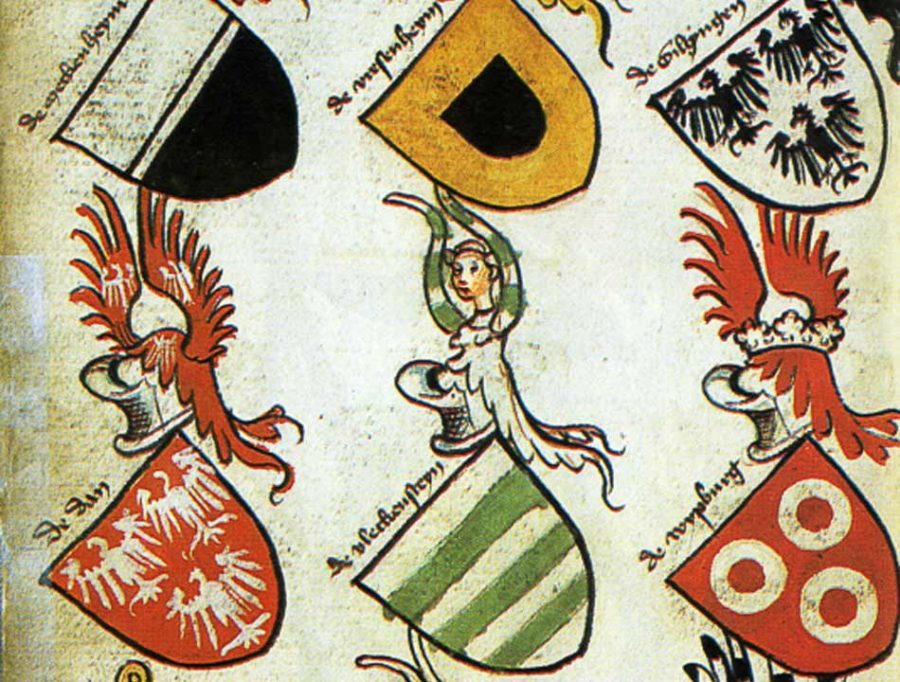 We have always been used to seeing royal houses and old noble families having a coat of arms to represent them. But smaller countries, cities and towns also have their coat of arms, and of course, we also have them on our island. Today we will talk about the coats of arms of Mallorcan villages, not all of them, but some of the most peculiar ones.

Origin of the coats of arms

Although in ancient Egypt, Greece and Rome some symbolism was already used for banners, it was in the 12th century, in the middle of the Middle Ages, when heraldry really took on importance.

It is very typical for coats of arms to depict military motifs (arms, castles, walls, etc.), powerful or mythological animals (lions, eagles, dragons or griffins) or even Christian motifs such as crosses or lambs. But some of them are different and very peculiar.

Some interesting municipal coats of arms of Mallorcan villages

Many of Mallorca’s village coats of arms have a part that includes the vertical red and yellow bars. This comes from the flag of the Crown of Aragon and from when King James I conquered the island.

On the other hand, you will also find that some of the old names from the Muslim period were kept or changed very little after the conquest. In some cases, these names were later a clear source of inspiration for the design of the corresponding coat of arms.

The name of this village is clearly of Arabic origin. This coat of arms is split in half, with a wing on the left and a tower on the right. The latter is very clear and represents the castle of Alaró, while the wing is perhaps a way of representing the article “Al” from the old Arabic name “Al.Rum”.

The coat of arms of the municipality of Andraitx shows a large, radiant sun. Being the most westerly municipality of the island, it is the last place in Mallorca from where the sun can be seen before it sets.

There are different theories about the origin of the word Bunyola, but what is clear is that the phonetics of the word were applied directly to the coat of arms. The image we see here is …… ¡5 buñuelos! (bunyols in Mallorcan).

Apparently, this name comes from the Muslim period, as an important Berber family, the Al-Manquri, gave the town its name. After the Christian conquest, the name evolved into the current Manacor, which in Mallorcan means “hand” (man) and “heart” (cor). From there, it is easy to understand how the coat of arms was devised.

The coat of arms of this small village is a tribute to a Christian martyr, Saint Lawrence, who was burnt to death on a grill. In addition to the grill, there is also the figure of a feather and a thistle, a clear reference to “Es cardassar” (field with thistles).

Surely until now you have not paid any attention to this subject of the coats of arms of the villages of Mallorca. When you visit our island and its villages, if you take a closer look, you may discover some interesting history through their heraldry.