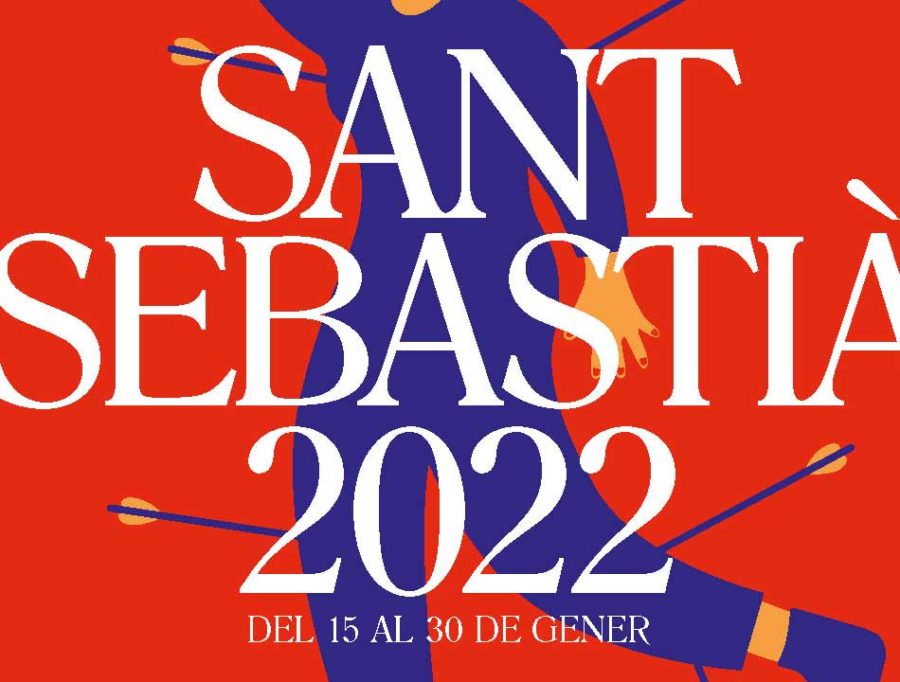 Posted on 10 March, 2022 / by Productes de Mallorca / in History, Traditions and customs

You almost certainly have a friend or acquaintance whose name is Sebastián. And it’s also quite possible that you know San Sebastián (Saint Sebastian) as one of the most beautiful cities in northern Spain.

But what many may not know is who Saint Sebastian really was, and why he was named patron saint of Palma. In this post we will tell you about this iconic saint and his relationship with our city.

Let us place ourselves in the 3rd century AD, a very complicated time for the Roman Empire. Military anarchy and siege of the frontiers by barbarian peoples. All this led to a political, economic and social crisis that lasted almost 50 years, until Diocletian was proclaimed Emperor in 284. This emperor devoted great efforts to bringing stability to the Empire, making reforms, securing the borders and even appointing a co-emperor, Maximian.

On the other hand, however, Diocletian was very conservative in religious matters, which led him to fiercely persecute the Christians, who were growing in number.

Who was Saint Sebastian

He was a soldier in the Roman army, born in 256 in Narbonne (Roman Gaul, now France) and later educated in Milan. Because of his great worth, the emperor appointed him head of the first cohort of the Imperial Praetorian Guard. However, he did not profess the official religion of the Empire, but secretly practised Christianity.

The martyrdom of Saint Sebastian

After some time, Sebastian was denounced for being a Christian, and Maximian (the co-emperor), much to his displeasure, demanded that he either give up his religion or lose his rank and military status. Even knowing what the consequences might be, Sebastian did not renounce his faith and Maximian, furious, had him taken to the stadium.

There he would be tied to a post, and soldiers would shoot him with a multitude of arrows until he died. But to make the agony longer and more painful, they had orders not to aim at the vital organs.

They did so, and once they had left him for dead, they left him tied to the post.

However, his fellow Christians saw that he was still alive, rescued him and took him to the home of one of them. There he was fed and cared for until he recovered.

Once he recovered, Sebastian decided to present himself again to Maximian and reproach him for his persecution of the Christians. Obviously the emperor did not tolerate this attitude and again ordered the soldiers to beat him to death. There was no failure this time, and once dead, his body was thrown into a sewer.

From there he was taken out and buried in the catacombs of Rome, on the Appian Way. The year was 288, and Sebastian was very young when he died, barely 32 years old. In his honour, the catacomb was called the catacomb of Saint Sebastian.

In ancient times, epidemics were a divine punishment and were traditionally represented as arrows. Our character, Sebastián, survived an asaeteamiento and for this reason, over time, he came to be considered the patron saint of plague victims and epidemics.

Why is he the patron saint of Palma de Mallorca?

Several centuries went by, and we are already in the 16th century. As Palma was a hub of trade in the Mediterranean, it was common for many people of all origins and conditions to arrive here, and there were periodic outbreaks of plague and epidemics.

During one of the epidemic crises, a ship arrived in our city with numerous knights of the Order of St. John of Rhodes, apparently carrying a relic of St. Sebastian, in this case an arm bone.

Superstition had it that this was a divine sign and that the relic should stay at all costs to protect the city. One way or another, the locals achieved their goal, and the arm bone of Saint Sebastian finally stayed in Palma.

Donation to the Cathedral

It was September 1523 when the relic was donated to Palma Cathedral, which within a few years dedicated a specific altar to it. A further 111 years passed until, in 1634, it was decided to name Saint Sebastian patron saint of Palma. However, it was not until well into the 19th century that the Vatican officially confirmed our patron saint.

Every 20th January is a public holiday in Palma de Mallorca, as a tribute to our patron saint, Saint Sebastian. During the days leading up to it, numerous activities are organised in our city, from street bonfires where you can enjoy a good grilled sausage, to music and concerts of all kinds in a magnificent popular atmosphere.

If you are coming to Mallorca on these dates, you can’t miss it, just check the Palma Town Hall website, see the calendar of celebrations and take part.

Maybe you are not so festive but you like art, history and culture. If so, we recommend you visit Palma Cathedral and enjoy contemplating the relic and chapel of San Sebastián, patron saint of Palma.

Ancient Rome had an influence on the history of Mallorca, as it conquered the island in 123 BC. Our post on the subject may be of interest to you: