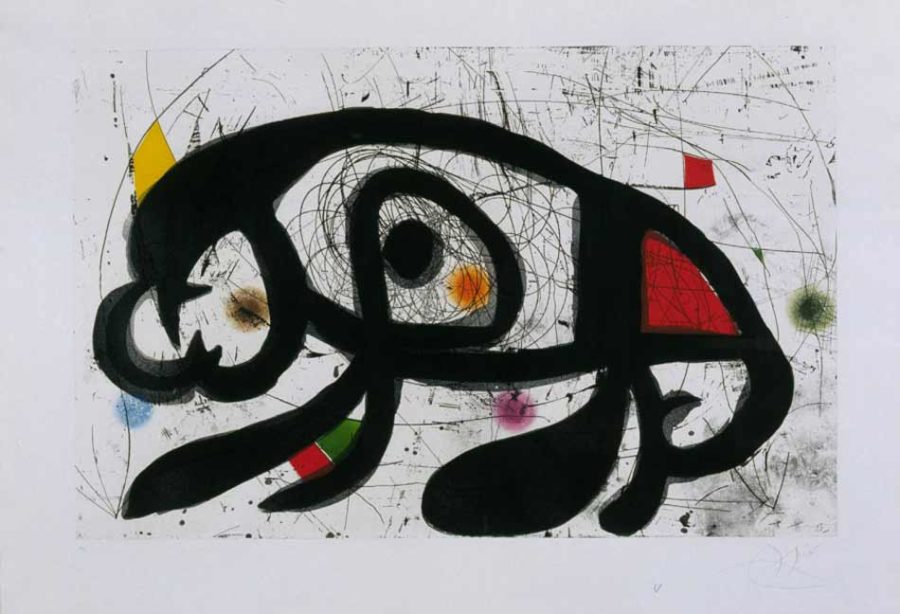 Posted on 5 October, 2019 / by Productes de Mallorca / in Iconic characters

“Island of calm”… with that name is also known to Mallorca, and surely that is what our island transmitted to Joan Miró, tranquility and much peace.

This famous painter was born in Barcelona in 1893. His father had devoted himself to jewelery and his mother’s family, of Mallorcan origin, had been cabinetmakers. These antecedents probably influenced his artistic vocation, although his father insisted that he study Commerce. The young Joan Miró agreed to satisfy his father, but once he had finished his studies he began to move towards art.

Having Mallorcan roots, Joan Miró was already linked to the island as a child and in fact decided to move to Mallorca in 1940, after the German armies attacked France, which was where he lived at the time.

But Miró was not only a painter but also a ceramist, sculptor and engraver… a multifaceted artist with great talent. Though he was part of the surrealist movement, he knew how to create his own and very personal style.

He was related to the most emblematic intellectuals, artists and writers of the 20th century, and had a very good relationship with Pablo Picasso. Although he was 12 years older than Joan Miró and his characters were very different. Picasso was extrovert and a lover of women, and Miró was quiet and not very prone to adventures, they knew how to understand and appreciate each other. It is said that his friendship began when Miró gave Picasso an ensaimada when he met in 1920.

Joan Miró and his studio in Mallorca

In addition to the great art cities of the 20th century, Paris and New York, Barcelona, Mont-Roig (Tarragona), and Palma de Mallorca were key places in his life. In the latter three there is a center specifically dedicated to the artist, the Joan Miró Foundation (Barcelona), the Miró Center (Mont-Roig) and the Pilar and Joan Miró Foundation (Palma).

He settled definitively with his family in Mallorca in 1956, and here he died in 1983 at the age of 90. His former studio on the island is now a magnificent museum open to the public all year round. It shows the studio as it was when he worked, as everything was left .

Shapes. Color. Imagination… We recommend this visit to you, sometimes it gives the impression that… Joan Miró is going to appear at any moment with the brushes in his hand!