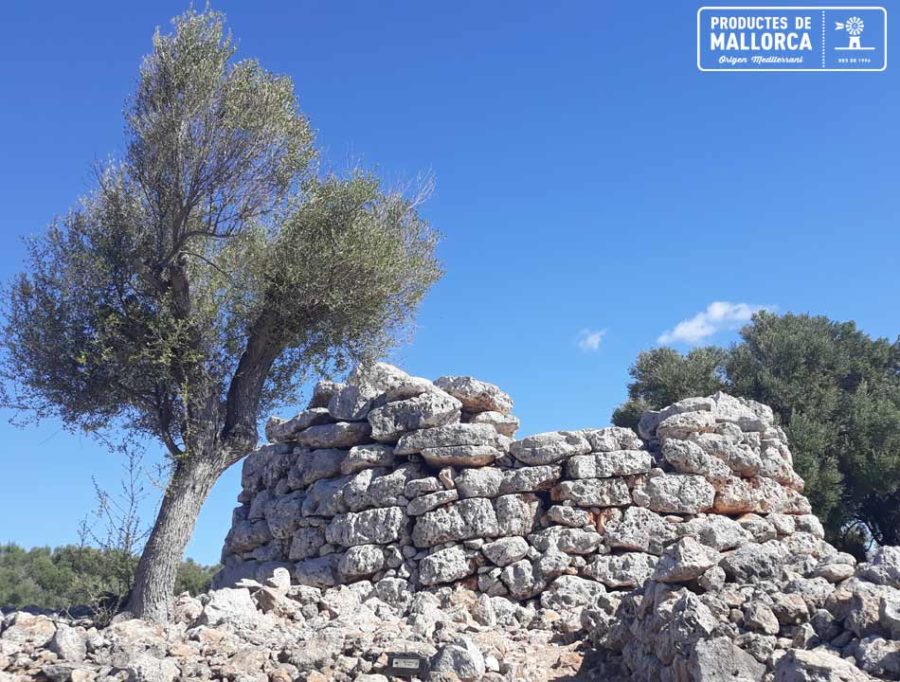 Do you remember the adventures of Asterix, and his sidekick Obelix, the chubby, strong man with a Menhir (megalith) on his back? Well, these two comic book characters were not Mallorcan, not even Balearic, they were Gauls. But in Europe, and before Rome dominated, we find megalithic cultures, in different times and ways. Today we will talk to you about the talayots.

What does megalithic mean?

This word has its origin in Greek, and is a conjunction of 2 others, mega and lithos, which mean big and stone respectively. So megalithic refers to prehistoric constructions with large blocks of stone. A typical example would be the Stonehenge complex in Great Britain.

And now let’s get closer to our islands. To Mallorca and Minorca, where the Talayotic culture was more important.

A talayot is a type of construction with the appearance of a tower, truncated cone type, not very high and made with large stones (dry stone technique called cyclopean). They usually have a circular base, although there are also square bases. The most typical have very thick walls, a small interior space with a central pillar to support the roof, and a small access passage.

Origin of the word, and what were the talayots for

It is said that talaiot (in Mallorcan) comes from the word talaia (watchtower), “A tower built in a high place to watch over a large area”.

But the truth is that we do not know exactly what function they had: only for observation or defence? A kind of sanctuary or ritual place? Perhaps for burials and cremations? Or simply a place to live for the most privileged of the clan?

There were possibly several functions that he would have, and they could even have been one or the other depending on the period.

The Talayotic culture is located in Mallorca between 1300 and 123 B.C. until the Romans conquered the island. During so many years, logically there were changes and external influences, from people who sailed and traded in the Mediterranean.

At that time, some villages were established, sometimes taking advantage of talayots that already existed and other times starting completely from scratch. The most typical would be the outer walls, with large blocks of stone, forming an oval-shaped enclosure. The talayot would remain in a more or less central point and the rest of the space would be destined to the houses of the inhabitants. It is believed that in its heyday, Mallorca could have had up to 200 villages scattered throughout the island, each with between 200 and 250 inhabitants.

The main activity was livestock farming, mainly and in order of importance: sheep, goats, cattle and pigs. Agriculture (wheat, oats, legumes), subsistence farming, and the collection of wild fruits were less important, perhaps only carried out by women.

But let us not forget that the Talayotic period was quite long and that at different times there were influences from outside people and merchants. This meant evolution and changes according to the period, and that is why, in the excavations, bone remains of animals that are not very common around here have been found, such as seals, deer and… even lions!

Crafts and other activities

Many quality bronze objects have been found (spearheads, swords, belts, needles…) and also ceramics, although the latter is rather rudimentary, made without a lathe.

But what our ancestors really excelled at was the use of the sling, to throw stones. First the Carthaginians, then the Romans, recruited Balearic mercenaries as elite troops.

The troops of the Roman consul Caecilius Metellus conquered the island, and from that moment that world would change definitively. If you like history, we recommend that you go to one of the best preserved Talayotic settlements in Mallorca, “Ses Païsses” in Artá, and let your imagination run wild to place yourself in that time so different from ours.

Find out how it was and what the Roman conquest of Mallorca meant. Follow the link: Conquista romana de Mallorca