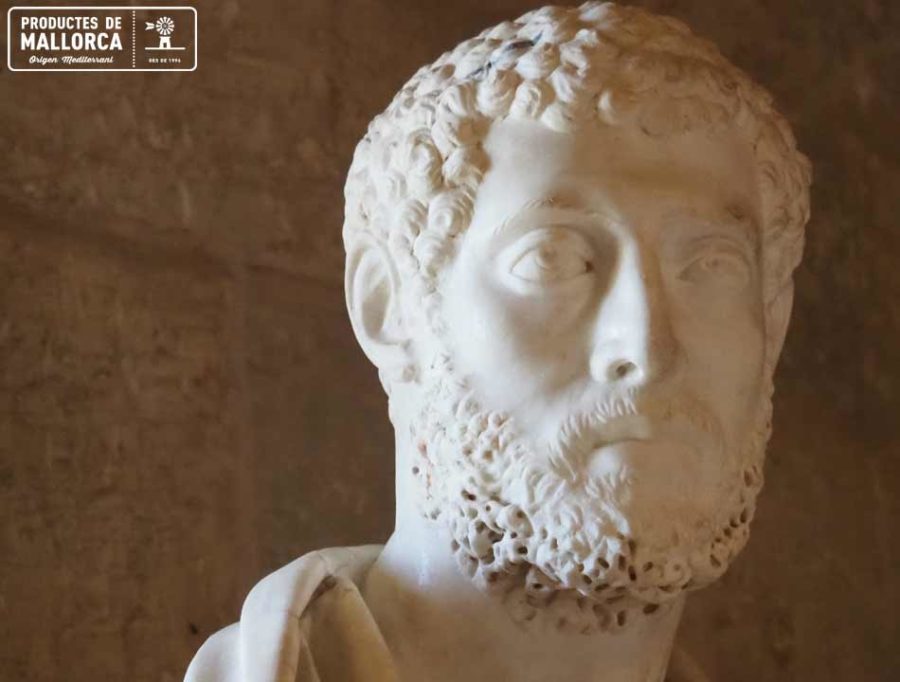 All of us who live in Palma are familiar with the name Cecilio Metelo, although it may not give us the best of sensations. Because that is the name of the street, in the heart of the city, where the Tax Office is located. But this name is really key in the history of our island, as it corresponds to the consul who in 123 B.C. began the Roman conquest of Mallorca.

How people lived in Mallorca at that time

Until the arrival of the Romans, the population in Mallorca was immersed in the Talayotic culture, which we also find in Minorca. It is assumed that between 25 and 30 thousand people could live in Mallorca, in small villages built with large stone blocks. These villages usually had 1, 2 or 3 talayots (tower or watchtower), a wall and several houses, with about 250 inhabitants. Those who lived near the coast were engaged in agricultural and livestock work and some fishing.

There were nuclei of this style in several points of the island, the best known being: Ses Païsses (Artá), Son Fornés (Montuïri), Els Antigors (Santanyi) and Capocorb (Llucmajor).

The level of development of the Talayotic culture was much lower than that of other peoples of the time in the Mediterranean, especially Greeks, Carthaginians and Romans. Our island lived, in a way, very independently, although on the coast there was, in a punctual way, commercial exchanges with those other cultures.

Thanks to these contacts we know that these ancient inhabitants were half-naked, or covered with skins and that they smeared their bodies with a mixture of pork fat and mastic oil.

The economy and the situation in general must have been quite rudimentary and in fact the use of currency was forbidden. Due to all these precarious circumstances, the Talayotic settlers had to devote themselves at certain times to piracy on the coasts and also to being mercenaries, mainly as slingers for the Carthaginians.

Roman conquest of Mallorca – the arrival of Caecilius Metellus

Once the Carthaginians were definitively defeated, Rome became the dominant power in the Mediterranean. And logically, Mallorca, with such a strategic position, could not escape their control. So in the year 123 B.C. the consul Quintus Caecilius Metellus led an expedition with ships and troops to the island.

The natives wanted to defend themselves from the invasion and bravely attacked the Roman ships. But Rome’s technology was far superior and its ships, with large bow thrusts, rammed the primitive defenders’ boats. The Balearic slingers also threw a shower of stones at the Romans, but the latter were already prepared and covered their ships with tight skins, so that the stones only bounced back.

There was no choice but to retreat and take refuge, while the Romans landed and attacked the Talayotic settlements, causing a great deal of death. Caecilius Metellus spent almost 2 years touring the island and subduing it to his power. On his return to Rome he was received triumphantly and was nicknamed “Balearicus”.

In the year 121 B.C. Mallorca was already totally controlled by the Roman Empire and was added to the province called Hispania Citerior. The first cities were founded, Pollentia in the north and Palma in the south, and urban life began, although certain Talayotic settlements continued to exist. Many things would change from then on, but a new phase had definitely begun for Mallorca.

If you are interested in learning more about the Balearic Slinger, follow the link below: El hondero balear