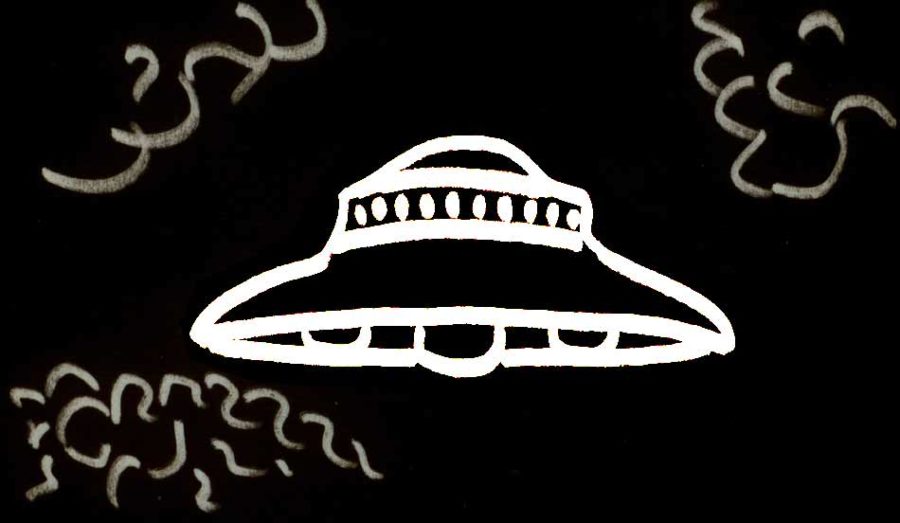 Some people believe in UFOs as if it was a religion. Others think they are just the dreams of a few crackpots. And this is helped by the fact that throughout recent history there have been several cases of faked or distorted photographs purporting to be UFOs. Anyway, our island does not escape this debate either, so in this post we will talk about the UFO phenomenon in Mallorca, exposing here some cases of which we have had knowledge. We cannot assess whether they are something real or a mere fantasy, let each person place it as they see fit.

It seems that in the 1970s the UFO phenomenon was all the rage in Mallorca and had many followers. Joan Coll, an enthusiast on the subject, managed to gather hundreds of people in the vicinity of the Cúber reservoir on the night of 12-13 June 1978. A “sighting” was to take place, but to everyone’s disappointment, in the end nothing was seen.

The Serra de Tramuntana (especially the area between Deiá and La Calobra) is said to be a “hot” spot, perhaps because there is a military base on Puig Major.

On the night of the 11th to 12th November 1979, Pep Climent from Sóller managed to photograph a large, round, very luminous object flying over Puig de L’Ofre. The local press picked up on the matter and published the news. After a few days the military authorities confiscated the negatives of the photos.

On the night of 16th January 1984, another resident of Sóller, Antonia, was returning home late. A large disc-shaped object stopped in mid-air one metre from her roof. As well as having red and green lights, it projected a powerful beam of white light onto the ground until it disappeared.

On the coast and the sea

It is also said that somewhere off the Mallorcan coast there could be an underwater UFO base. There are different testimonies of having seen lights in the sea or even objects emerging from the water…

In August 1982, José Manuel was accompanied by his friend Ramón to go scuba diving in the Cabo Blanco area. Their intention was to go spearfishing, as the waters in that part of the island are usually very clean and there is an abundance of fish. What they saw, however, was something else. After a long time in the water, they suddenly saw a large cylinder, about 5/6 metres wide, slowly emerging from the bottom and then suddenly disappearing when it reached the surface. They did not know exactly what it could be, but being experienced divers, it was clear that it was not “normal”.

The Puig Major military base carries out airspace control work in the Mediterranean and around Mallorca, and on different occasions has issued reports on unidentified flying objects. In October 2016 the newspaper La Vanguardia published an Air Force report (dated 31 July 1992) declassifying a file (920731) on sightings of strange phenomena.

Nowadays, both on the internet and on YouTube, there is a lot of information about this subject, not only related to Mallorca but all over the world. Possibly the best documented and most respected author in our country is J.J. Benítez, who has published many books on the subject. We cannot certify whether the UFO phenomenon is true or not, but we are sure that it is fascinating.