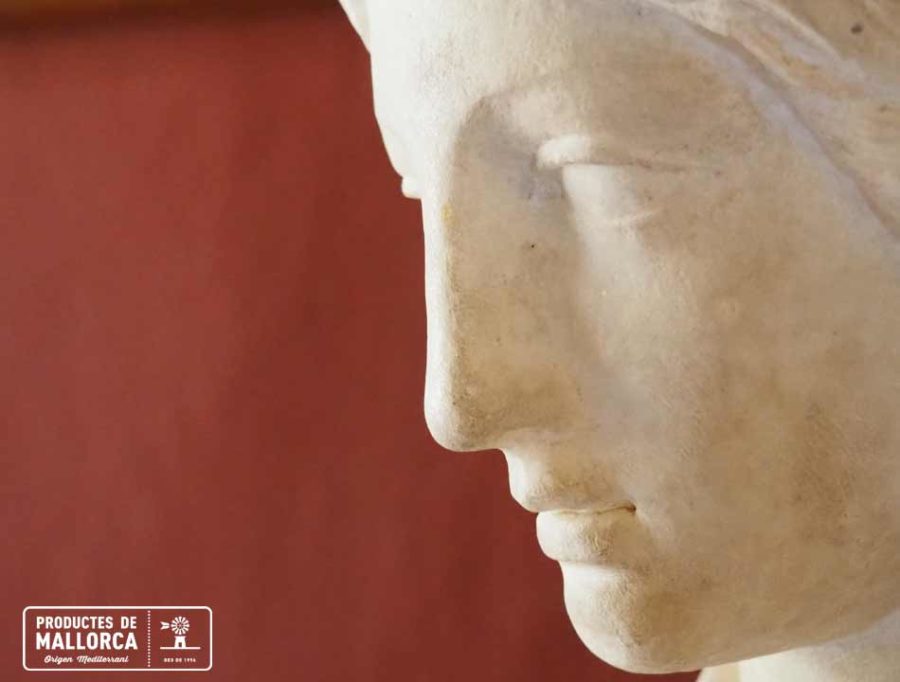 More than 2000 years have passed since then. But that was the moment when Mallorca made the most important development breakthrough in its history. We are talking about the year 123 BC, when Rome conquered the island. It really was a before and after, but… What was Roman Mallorca like?

When and why did the Romans arrive?

After defeating the Carthaginians, Rome took control of the Mediterranean. And logically, the Balearic Islands were a strategic point. With the argument that our islands served as a base for piracy, the Roman consul Quintus Caecilius Metellus invaded Mallorca in 123 B.C. and after less than two years he had it completely under his dominion.

When the Romans arrived, people lived here in Talayotic settlements. This way of life attracted their attention and they called the talayots “Tumuli”, because they seemed to them to be a pile of large stones.

But Rome was far more advanced in every respect, including architecture and town planning. So they decided to found 2 modern cities, one to the north “Pollentia” and the other to the south “Palmam”, which today are Pollensa and Palma. In addition to these, there were three others, but they no longer exist as such: “Tucis”, “Guium” and “Bocchorum”.

The typical Roman city had 2 main streets, one running north-south (el “Cardo”) and the other running east-west (el “Decumano”). The core of the city was the forum, which had temples, courts, and various administrative bodies.

It is logical to think that it started as a military fortress and evolved into a city, but quite small compared to today. It is believed that in the Roman “Palmam” the centre of the city, the forum, was in the area where the Cathedral now stands. In what is now Avenida Antonio Maura there was a a sea port and a little further up, in the vicinity of Plaza Juan Carlos I / Calle Pelaires, an amphitheatre. The Cardo and the Decumano would be, respectively, the present-day Sant Roc and Estudi General streets.

And the city centre, protected by walls with several access gates, would have been made up of different types of dwellings: domus (single-family houses) and insulae (apartment buildings). The city limits would look something like this:

Today very few visible parts of the Roman Palma remain, because the different periods of history have buried everything.

It probably also began as a military fortress and later became a prosperous city. The remains of what used to be Pollentia are in the north of the island, next to Alcudia and can still be visited, as they have not been covered by new constructions. It seems that Pollentia had a great deal of commercial activity, especially at sea, and even had two ports, one in the bay of Pollensa and the other in the bay of Alcudia. A great fire in the 3rd century and attacks by the Vandals in the 5th century gradually led to the decline of the city.

After being conquered, the Iberian peninsula and our islands became part of Rome. But it was a highly valued part of the city because it supplied the city with metals, agricultural products and even slaves.

Roman ships left from Cádiz, Cartagena or Tarragona and many probably landed in Mallorca, an intermediate point on the trade routes between Hispania and the Italic peninsula. From our island they mainly took wine, wheat, oil and fish. And on their return they brought luxury or exotic goods from the other side of the Mediterranean, which was under Roman rule.

And perhaps what the Romans appreciated most was something very special and almost exclusive to our islands: the fearsome slingers, first-rate mercenaries who fought alongside the Roman legions for money.

Until then, the Talayotic inhabitants of the Balearic Islands did not use coins, but little by little Romanisation accustomed them to the use of Denarii, Stertii o Dupondii.

What did Rome change when it came to Mallorca?

Little by little, everything, because the process of Romanisation was unstoppable. And although for a long time many natives continued to live in the Talayotic settlements, they gradually lost land and their traditional way of life.

Rome was in some ways a revolution, with a new language (Latin), new beliefs, laws, administration, town planning, art, literature and science. And of course new farming and livestock techniques and new trading practices, with currency as we know it today.

The Talayotic culture declined and a new era began, the Roman Mallorca, which lasted almost 600 years.

If you want to know something about the conquest of the island by the Romans, visit the article by clicking on the link below: Roman conquest of Mallorca