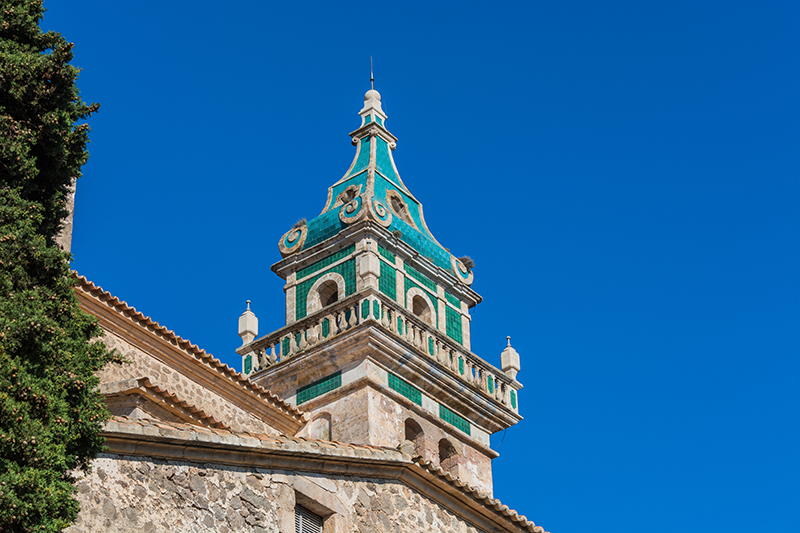 Most people who come to Mallorca for the first time, only have in mind an image of what is typical of an island: coast, sea, sun and beaches … but if they are a little restless, decide to know a little more, leave the typical tourist areas and approach the Serra de Tramuntana, are very surprised. Especially if they get as far as Valldemossa. In this post we will explain some things about this beautiful mountain village.

Origin of its name

If we separate the words that make up Valldemossa, it seems that it would be translated as “Vall de Mossa” (Mossa Valley), the most curious thing being that name “Mossa”.

Until the conquest of King Jaime I in 1229, the island was dominated by the Muslims and organized on the basis of farmhouses. It seems that one of these farmhouses had been founded or belonged to a Muslim nobleman named Mussa. Over the years the name was derived to the current Valldemossa.

Leaving Palma on the Ma-1110 road, after just 20 kilometres we will be in Valldemossa. A beautiful village of barely 2000 inhabitants, in a totally different environment, as we are already in the Serra de Tramuntana. Mountains, lush vegetation and usually a cooler and more humid environment than in the city. In winter you can breathe peace and quiet, everything invites you to take a walk. Many facades and streets are paved and very colorful, as the pots full of flowers proliferate.

The Charterhouse of Valldemossa

This magnificent building is the most emblematic point to visit in Valldemossa. Not only does it have spectacular views, but it also has a lot of history behind it. It was King James II of Mallorca (XIII-XIV), who decided to build a residence for his son, who would later also become king under the name of Sancho I.

The construction was probably done on what was the old possessions of the Arab nobleman Mussa and was later called the “Palace of King Sancho”. Later the building ended up in the hands of the Carthusian monks, hence the name Carthusian Monastery of Valldemossa.

La Cartuja has had many famous people who have spent seasons living there and enjoying the tranquillity of Valldemossa: the writers Gaspar Melchor de Jovellanos, Rubén Darío, Jorge Luis Borges, Azorín, Unamuno, Santiago Rusiñol… But surely the one who is best known to have been there is the pianist Frederic Chopin.

The famous Polish pianist spent the winter of 1838-1839 with his friend, George Sand, in the Charterhouse. Apparently Chopin was ill with tuberculosis and the doctors had advised him of the climate of Mallorca. However, that winter was especially rainy and Valldemossa is a humid place, which aggravated the musician’s health. His stay on the island was not particularly pleasant, as George Sand wrote in his book “A Winter in Mallorca”. A closed and conservative society did not make the life of an artist accompanied by a separate woman, who smoked and wore trousers, easy…

Even so, Chopin was able to compose in Valldemossa his well-known work, Preludes, op 28

If you come to Mallorca, you can’t miss visiting this beautiful village and walking around for a few hours. You will notice its cobbled streets, and in almost every house by the door, the curious tiles dedicated to “Santa Catalina Thomás”.

And if you like to try new things to eat, don’t forget the local specialty, the famous potato cakes!