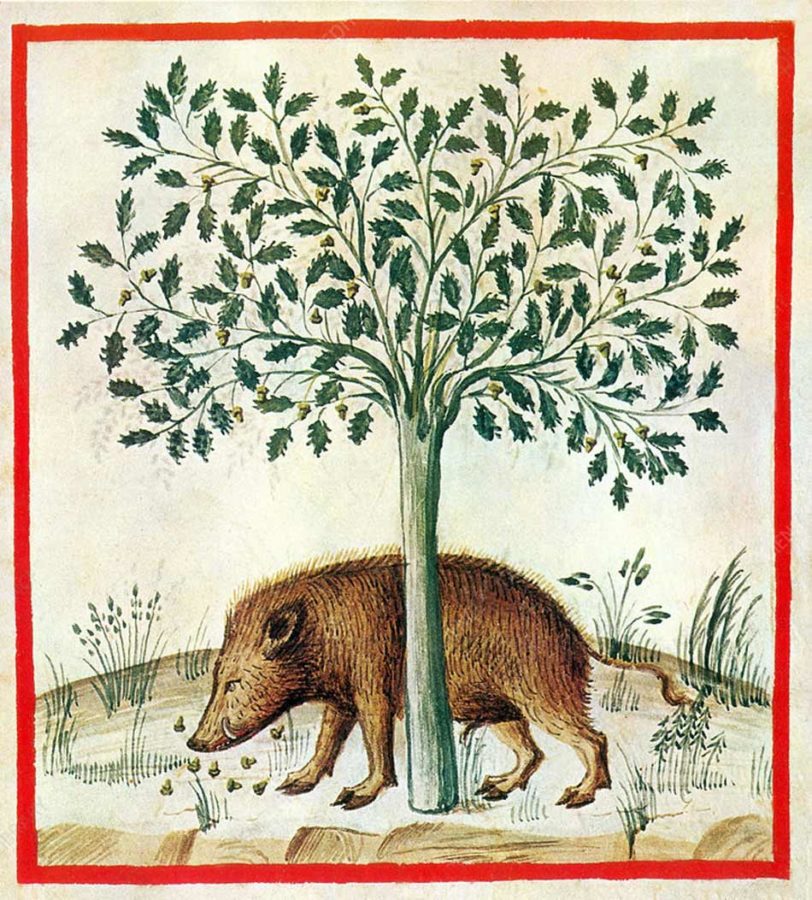 Anyone who comes to Mallorca and enters the inland villages will surely be struck by the rural landscape. And especially those black pigs that are raised and cared for on many farms. This is the Mallorcan Porc Negre, a breed that is native to the island and different from the pigs found in the Iberian Peninsula. But what is the origin of the Porc Negre?

The image on the cover is taken from the book Tacuinum Sanitatis, which is a very interesting medieval manual on health and wellbeing, which I recommend you look into.

Let’s go back in our minds 5,000 years in time. Almost everything we see around us today was simply not there, because it was the result of human intervention and we would possibly only find the Talaiots and the megalithic constructions typical of the time. But that was also the moment when the first pigs arrived in the Balearic Islands. The origin of the Porc Negre goes back to that remote period.

Throughout history, the island was invaded by various civilizations and the new populations brought with them, not only their culture and traditions, but also animals with different characteristics. Crossbreeds with these other breeds gave rise to modifications of the local breed, which gradually adapted to the climatic and plant conditions of Mallorca. These crossbreeds were made according to the needs and available food, giving rise to the current breed of Mallorcan Porc Negre.

Some geneticists say that there are traces of a cross between the Iberian and Celtic pig breeds, on a trunk of Asian origin. Human selection and natural adaptation to the environment resulted in an animal with excellent characteristics, so much so that it has been the basis of the Mallorcan rural family economy for centuries.

One of the most peculiar characteristics of the Porc Negre is the high proportion of fat in its meat. In the past this point made it optimal for the needs of the population, not only for food, but also for the contribution of fat for other uses.

With the passage of time new raw materials appeared and the quality of those that already existed improved, so that the higher proportion of fat of the Porc Negre stopped being so fundamental. Later, in the 20th century, a greater contribution of proteins was sought and little by little the black Mallorcan pig was replaced by other breeds with a greater proportion of meat. This was a constant decline and produced a very important decrease in the native Mallorcan pig population.

Currently, everything indigenous is being recovered and the best characteristics of the Porc Negre are being rediscovered. Among them, the quality of its fat, which has properties that make it very compatible with a healthy diet.

Unlike the typical “pink” pigs that we are more used to seeing, one of the most obvious aspects of the Porc Negre is obviously its colour. The combination of its slate grey skin, together with a relatively abundant black coat gives it that peculiar appearance. In addition to this, it stands out for having its ears fallen towards the muzzle.

But what really catches the eye is that pair of elongated bumps on the lower neck. Locally they are known as “mamellas” although they have no mammary function, as both females and males have them.

Protection of the breed

In the 80’s of the 20th century the recovery of the breed began, which had been disappearing due to the rise of other breeds of pigs for industrial breeding and fattening. Currently there is a program of protection and improvement of the race under the Government of the Balearic Islands.

The Porc Negre is currently the only native breed of pig in the Balearic Islands in a state of conservation. 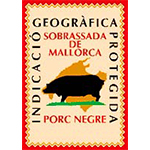 Promotion is being so effective that demand has grown in recent years more than expected. Follow the link to know the situation: Dying of success in Mallorca

Dying of success in Mallorca