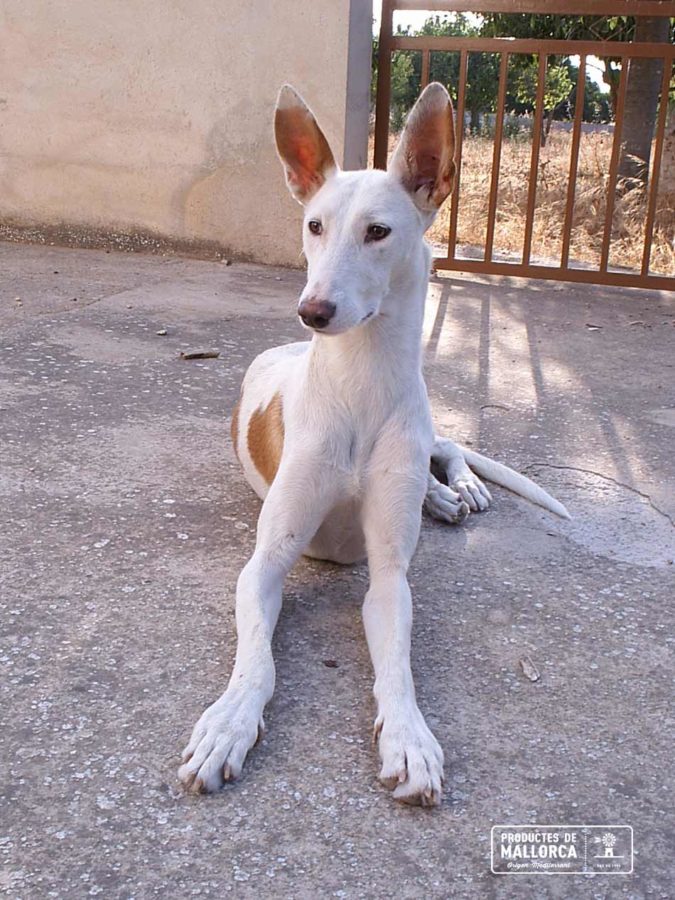 A legacy from Egypt

If I tell you that the Balearic Islands (Ibiza) and Egypt have a very special connection, I’m sure you’ll find it hard to believe, because they are two very different worlds. But this connection still persists today, through a precious animal, the ca eivissenc (or Ibizan Hound), which is a direct inheritance of this civilization.

The original race was known as Tesem in ancient Egypt and was carried throughout the Mediterranean by a people of sailors and traders, the Phoenicians. In fact, it was the Phoenicians who founded the city of Ibiza under the name of Ibosim in the 6th century BC.

And among many other things, we bequeathed this breed of dogs so peculiar.

You can see how his appearance reminds us of the image of the Egyptian god Anubis.

Characteristics of the Ibizan Hound

In Ibiza, and also in the other Balearic Islands, this animal is exclusively dedicated to rabbit hunting. On the other hand, in the Iberian Peninsula it is dedicated to both small and big game hunting.

There are three types of coat: smooth (strong and shiny), hard (rough), and long (soft). The coloring of the coat is usually white, reddish and a mixture of both. The muzzle, ears, eyelids, and leg pads are flesh-colored.

It is a hard and large animal, resistant and athletic. Its height is between 60 and 75 cm, and its weight between 20 and 30 kg. Its large ears in vertical position are a very differentiating feature. The neck is long and thin and the expression is always alert.

A Spanish canine breed that is considered native to Ibiza and, at the same time, is a breed highly appreciated throughout the world for its characteristics.

The Ibizan Hound is very active, intelligent and independent, and has highly developed senses of sight, hearing and smell and a very strong hunting instinct.

In addition to his peculiar slender figure, he enjoys astonishing agility, which allows him to make tremendous jumps and quickly change direction, even in the air. His jumps are extraordinary, both in distance and height as in spectacularity.

The natural hunting environment of the Ibizan Hound es la garrigue, a low scrub terrain with an irregular surface, ideal for the rabbit’s escape strategy.

By instinct he works in a team, perfectly coordinated in a group formed by up to 10 dogs. As soon as one of the dogs locates a rabbit, he throws himself at it and at the same time barks, warning the rest to help him by cornering the prey. They usually deliver the living piece to their master.

If you’ve never seen this animal in action, we recommend this video, it’s really a show!

The Ibizan Hound is a very beautiful animal that has been on our islands for thousands of years, mainly in Ibiza. And it reminds me that another inhabitant of our islands for millennia, this one is famous mainly in Mallorca, is the Porc Negre. Find out something about it by following the link: Origin of Porc Negre