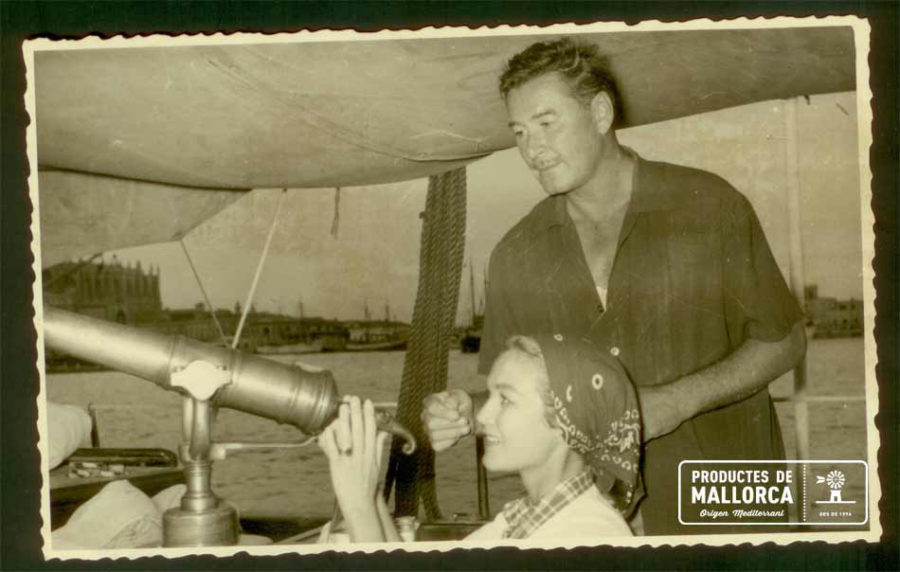 Posted on 6 January, 2020 / by Productes de Mallorca / in Iconic characters

The cover photo shows Errol Flynn in Mallorca, aboard his yacht Zaca in the bay of Palma. He is accompanied by his wife, Patricia Wymore, and in the background you can see the cathedral.

What exactly was Errol Flynn? But the truth is that it became a true myth, because it had a hectic life and in many ways excessive. He was idolized by many and hated by others.

Born in 1909 in Tasmania (Australia). When he was 14, his parents sent him to study in London. He returned to Australia at 17 and entered another school, from which he was expelled. He then got a job as a clerk and after a short time, he was also fired.

At the age of 18 he decided to go to Papua New Guinea, where it is said that he dedicated himself to many things, always looking for an easy fortune: bird hunter, gold digger, pearl diver, diamond dealer, ship navigator, foreman of coconut and tobacco plantations?

At the same time he wrote for Australian newspapers and magazines, telling exciting stories about the jungles of Papua. But even so, the money he was taking out was not enough for his rhythm of life and was leaving an infinite number of debts. After 5 years of adventures and having contracted malaria, he left Papua.

In 1933, while in Australia, he was selected to participate in a film about the “Mutiny on the Bounty”. That aroused his interest in acting and at the end of that year 1933 he went to England. That’s when he really started his film career, which he later continued in Hollywood. His films used to be adventurous and what made him most famous were his performances as Robin Hood.

A life of excess

Errol Flynn lived the golden age of Hollywood. Fame, money and excess. Apart from a multitude of lovers, and having a weakness for underage girls, he drank and smoked without limit. He didn’t avoid drugs either. He married three times and on his honeymoon with his last wife, Patricia Wymore, he arrived in Mallorca. He fell in love with the island, its sea and its coasts.

Already far from Hollywood and its madness, he lived here for long periods in the ’50s, staying at the Maricel Hotel or at his house in Illetas, called El Molí, of which we have a photo.

But where he really liked to live and enjoy Mallorca was on his yacht Zaca, a marvel made of wood, with 2 poles and 36 meters long.

His customs sometimes surprised the conservative Mallorcan society, as he sometimes walked barefoot along the Paseo del Borne, or wore bracelets, something that only women did at that time. But in the end, many Mallorcans admired him, and one of the distractions on Sunday was going to see him at the Nautical Club, while he ate on board the Zaca.

In Palma he liked to go to the bullfighting and the restaurant El Patio in the Plaza Gomila. All those who treated him here, always say that he was very nice, very human, affectionate with children and also a gentleman. 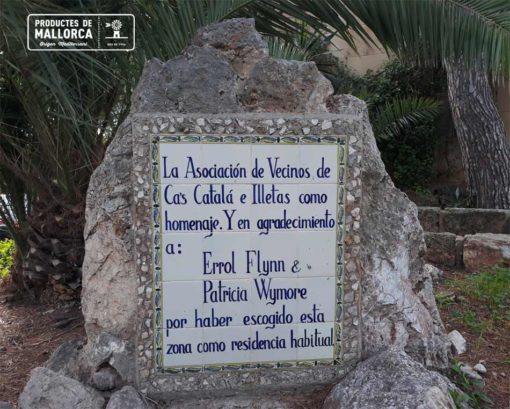 Somehow he was the one who made Mallorca fashionable among the Hollywood stars, who gave the island fame and glamour in the ’60s.

In October 1959, his divorces and his way of life led to serious economic problems. He was forced to sell his beloved Zaca to a Vancouver millionaire and the same day he was negotiating the sale with the buyer, he felt sick and suffered a heart attack.

He died when he was only 50 years old, but with a life so intense that it is as if he had lived 500.

Errol Flynn’s facet as navigator and researcher, link to the documentary “Cruise of the Zaca”:

If you liked the Zaca, I invite you to discover how these boats were built in ancient times in Mallorca. Follow the link to learn about this unique profession that has almost disappeared: Mestres d’aixa