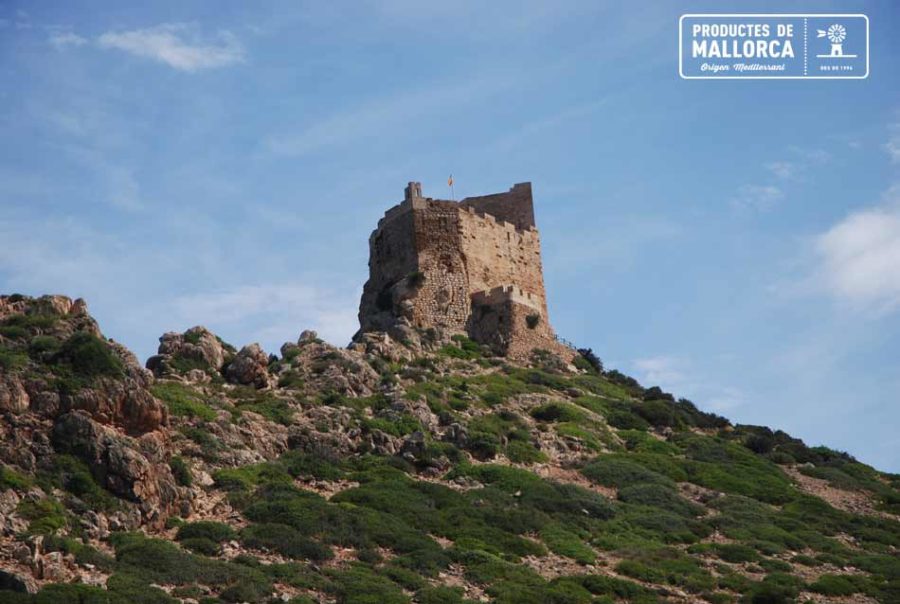 More or less we all locate Mallorca, Menorca, Ibiza or even Formentera. But perhaps not so much Cabrera, because although it is another island in the Balearics, it is so small that it does not have any kind of tourist infrastructure. However, it has an impressive history and also a very hard one. In this article we will tell you about the French of Cabrera.

The cover photo shows the Castle of Cabrera.

Cabrera is very close to the south coast of Mallorca, only 11 miles from Colonia de Sant Jordi, and is very small, barely 16 square kilometers. Rocks, bushes and pines are what define its landscape, but there is not much else. The climate is dry, summers are very hot and water is scarce, so life there is not easy.

A little bit of ancient history

As Cabrera is a key place for commercial traffic, it was visited by the different civilizations that in antiquity dominated the Mediterranean Sea: Phoenicians, Carthaginians, Romans and Byzantines. Later it was the pirates from North Africa who used the island as a base to attack Mallorca.

In 1799 Napoleon Bonaparte came to power in France, and this totally marked the entry of Europe into the 19th century. In addition to reforming society, Napoleon was an excellent military strategist and for almost 15 years he dominated all of Western and Central Europe. Spain would not escape its expansion efforts either and at the end of 1807 its troops entered the Iberian Peninsula with the excuse of conquering Portugal.

After occupying several cities in the north of Spain, officially as an ally of the Spanish government, the presence of the French is becoming increasingly uncomfortable. Some spontaneous protests arise and finally, on May 2nd, a popular uprising begins in Madrid that gradually spreads to the rest of the country.

War of Independence breaks out

Spain does not have an army as powerful as the French, but the Spanish people are very brave and attack the invaders with everything they have. With knives, with stones or pots from the balconies. Everything works. Women also collaborate and many lose their lives. The French must be thrown out, no matter what!

The Battle of Bailén

Despite popular uprisings, the French continue to advance in Spain. Our army is also ready to defend the country and in July 1808 a great battle is fought in Bailén, in the province of Jaén. The French General Dupont, with about 20,000 soldiers, faces the troops of General Castaños who commanded about 27,000. The heat was unbearable and the French were not very used to those temperatures. Our army fought with great courage, helped by the local people who were supplying them with water and everything they could. After several hours of fighting, the proud French army had to surrender. It was their first major defeat.

That was the number of Frenchmen captured. What to do with them? At first they were confined to pontoons in the Bay of Cadiz, but poor diet and disease already took their toll. The citizens of Cadiz protested, they had to be taken elsewhere, so it was decided to take some to the Canary Islands and others to Mallorca. Here (in Mallorca) they also generated controversy and a drastic solution was found. Leave them in Cabrera.

The French arrive in Cabrera

The principles were hard, there were no buildings to shelter in, there was hardly any water and food was brought in from Mallorca every 4/5 days… some bread, vegetables and oil. Clearly not enough for about 10,000 people. But the French were hoping it was only temporary. The officers organized vegetable gardens, fishing and some rudimentary huts. But anyway, life on Cabrera was a nightmare, a real hell.

The crops were barely growing, fishing was difficult and the food that arrived was not enough. Hunger was fierce. The robberies were proliferating. Also violence and suicides. The diseases affected almost everyone and many died. The bodies were piled up but as there were no tools or energy to bury them, it was decided to burn them…

The obsession of hunger drove the prisoners to eat lizards, insects or any living creature they found. As the hunger deepened and the situation worsened, some decided to eat what they could get from the bodies of their compatriots. Others preferred fresher meat, sought out a victim, murdered her and practiced cannibalism.

End of the tragedy

There were attempts to escape, but very few succeeded, the extreme weakness and the sea currents made it extremely difficult. But even the worst nightmare has an end and in April 1814 the War of Independence ended. After a month, those who were able to overcome this hell were rescued, according to some estimates, just over 3000.

If you like the story and want to know more about these facts we recommend the book “The French of Cabrera” by Pierre Pellissier and Jerome Phelipeau. Original title: “Les grognards de Cabrera”