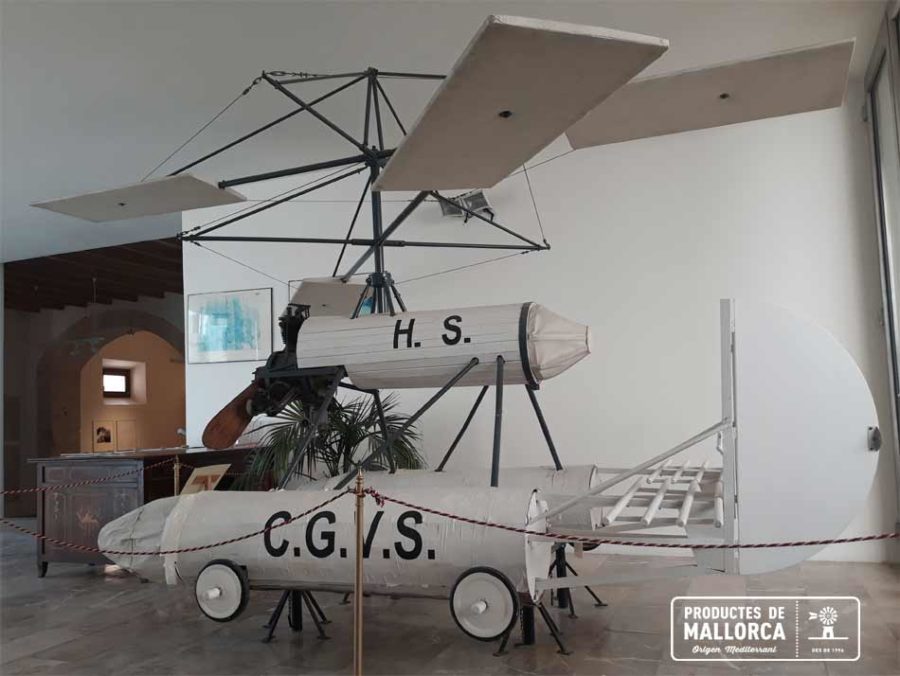 A peasant from Mallorca, the precursor of the helicopter

We are all moved by the stories of those who have a vision, a very clear idea in their head, and who pursue it against all odds: an impossible journey, a crazy invention, the conquest of wild lands…

In movies the ending is usually happy, and the hero finally gets his dream. But in real life it’s often not like that, and even if the idea is good, it doesn’t always end in success.

Today we will tell you about the adventure of a Mallorcan, an extraordinary man for his time and circumstances. Let us imagine ourselves in Llucmajor, in the twenties of the twentieth century. It is nothing more than a small town in rural Mallorca, dedicated to agriculture and footwear, activities that allow you to live with dignity but little more.

Pere Sastre was born in 1895 and in the village he was called Pere de Son Gall. His parents took care of the Son Gall Son Gall estate and had already decided Pere’s future. He had to be a farmer to take over the family’s land. But what Pere liked was to learn new things and study, so being a farmer probably tasted like a little bit.

He enrolled at the Instituto Politécnico de Sevilla to obtain the title of long-distance agricultural expert. In order to keep up with his studies, he went to the capital, Palma, to take classes in mathematics, drawing and other technical subjects. And he read, he read a lot: books, newspapers, magazines, especially those related to his great passion, aviation.

His head was full of ideas in this respect and he enrolled in an aviation school in Valencia, as well as being affiliated to the aeronautical league of Catalonia. Everything revolved around aviation, which at that time was in its infancy.

But his real intention was not simply to fly, to be a pilot, but Pere went much further. What he wanted was to develop a machine capable of flying. His idea was of a device that would rise vertically and then continue its flight horizontally. And he spent dozens of hours drawing what he had in mind.

The helicopter’s precursor device had to fly.

It was clear that the drawings were not going to fly, so he had to take action and look for materials and build it. He used light woods and canvas, as well as iron pieces that he had to buy in Palma and then weld it. Llucmajor didn’t have everything it needed, and Pere also lacked one of the most important things, the engine. To do so, he had to go to Paris, where he bought a 25 HP 3-cylinder Anzani engine that cost him an enormous sum, 7000 French francs. He finished everything off with a pair of counter-rotating propellers, because due to the specific design of the apparatus, it had no supporting wings. His creation was called the Cometagiroavión.

Some witnesses claim that they saw the first evidence, and that the Cometagiroavión not only made a lot of noise, but also raised a large cloud of dust. Even being a somewhat rudimentary device… it managed to rise 20 meters from the ground and fly!

Unfortunately, after a few moments in the air, it crashed into the ground and suffered serious damage that rendered it unusable. But surely this did not demoralize Pere, as he continued to make improvements to his invention.

And the government doesn’t help him.

What definitely brought him down was the lack of support from the government. He went to the highest levels, among them General Weyler, who was also a Mallorcan. In April 1921 he sent the drawings to Madrid, but everyone rejected him and refused to help him. It is even said that Juan De La Cierva, son of the minister of war, plagiarized his original idea and that for that reason all doors were closed to him.

Pere de Son Gall died in 1965, alone and practically ruined chasing his dream. But to tell the truth, flying a machine designed by him, and somehow being the precursor of the helicopter, made him live his life with true illusion and intensity.

To find out more about this exceptional Mallorcan: