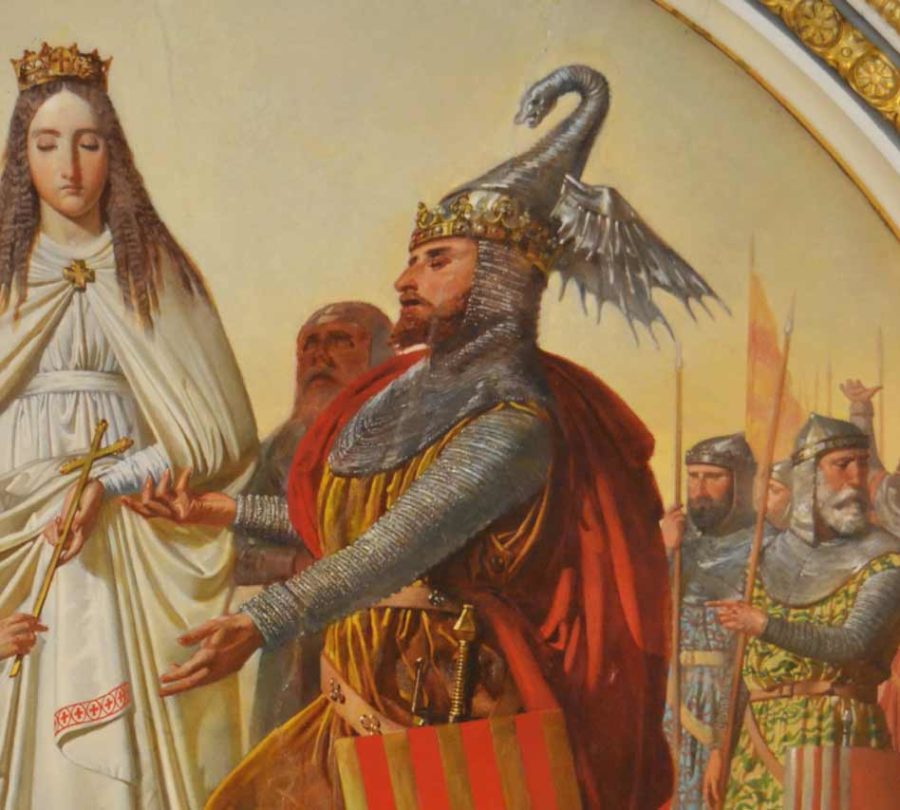 In the 13th century, Mallorca was an ideal enclave for trade in the Mediterranean, but it was in the hands of the Muslims. It was also a refuge for pirates and corsairs, who hindered the trade of ships. King James I had the great objective of conquering the Balearic Islands and Valencia. In 1228, in the Cortes de Barcelona, it was decided to go ahead with this project, and we will briefly tell you how Jaime I conquered Mallorca.

How Jaime I conquered Mallorca – The expedition starts

Among many others, there were troops from the Crown of Aragón, the Republic of Genoa, the Order of the Templars, as well as contributions from Catalan nobles, the Church and wealthy merchants.

A squadron was prepared with about 150 ships, which would transport about 15,000 soldiers, 1,500 knights, weapons, war machines, horses and various supplies.

The expedition departed from the coasts of Tarragona on September 5, 1229, and 3 days later, it had already arrived at what is now San Telmo (Andraitx). Sunday September 9th was dedicated to rest, and it was decided to disembark the following day, September 10th, on the coast of Santa Ponsa (Calviá).

By then the squadron had already been sighted and there were about 5000 soldiers prepared in the area for defense. They disembarked at midnight, taking advantage of the darkness and silence, and the first combats took place. The combats resulted in victory for the attacking troops and some 1500 casualties among the defenders.

Abú Yahya, governor of the island, had between 20,000 and 40,000 men available for combat, and perhaps up to 5,000 horses. With these forces he would try at all costs to prevent the advance of the enemy to Madina Mayurqa (now Palma de Mallorca).

On September 12, a much larger confrontation took place in the Sierra de Na Burguesa and was called the battle of Porto Pí, already in the vicinity of the city of Palma today. Again the troops of King Jaime I were victorious and the road to Madina Mayurqa was clearing.

Siege and seizure of the city

They laid siege to the city for three months, using wooden castles, ratchets, winch springs, excavation of underground mines and cutting of supply lines to the city.

The resistance was fierce, but finally a small group of 6 soldiers managed to take a tower and display the flag of the Crown of Aragón. It was already the 31st of December and the Christian troops were entering the city, to the cry of

“¡Santa María!”. Later, King Jaime I made his triumphal entrance through the main gate of the walled city, which was called the “Porta de la Conquesta”.

Abu Yahya was taken prisoner, the medina was burned and all those who could not flee were put to arms. An estimated 30,000 were able to escape and 20,000 perished, leaving the city full of corpses that were not buried in their entirety. For this reason, an epidemic began that caused large casualties among the invading troops. Even so, the looting of the city lasted for months, until the end of April.

The Muslims who fled the city after the assault organized themselves and resisted for almost 3 more years, until 1232. They resisted in different points of the Island, especially in the Castle of Alaró, the castle of Santueri in Felanitx and in the castle of the King in Pollensa, which was the last bastion conquered.

Once the conquest of the Island was over, King James I organized the allocation of lands and goods among those who had supported him in the expedition. All this was reflected in the “Llibre del Repartiment”. The city ceased to have the Arabic name of Madina Mayurqa and became Ciutat de Mallorca. With all these facts a new stage began, that of the Kingdom of Mallorca.

Nowadays, and as a commemoration of all these events, the “Festa de L’Estendart” is celebrated every year on the 30th and 31st of December.

Much later, in order to defend the royal family from the attacks of the Moors, the Royal Residence was established in the centre of the island for a time. The following link talks about this town that today goes unnoticed even by the Mallorcan people: A Royal town