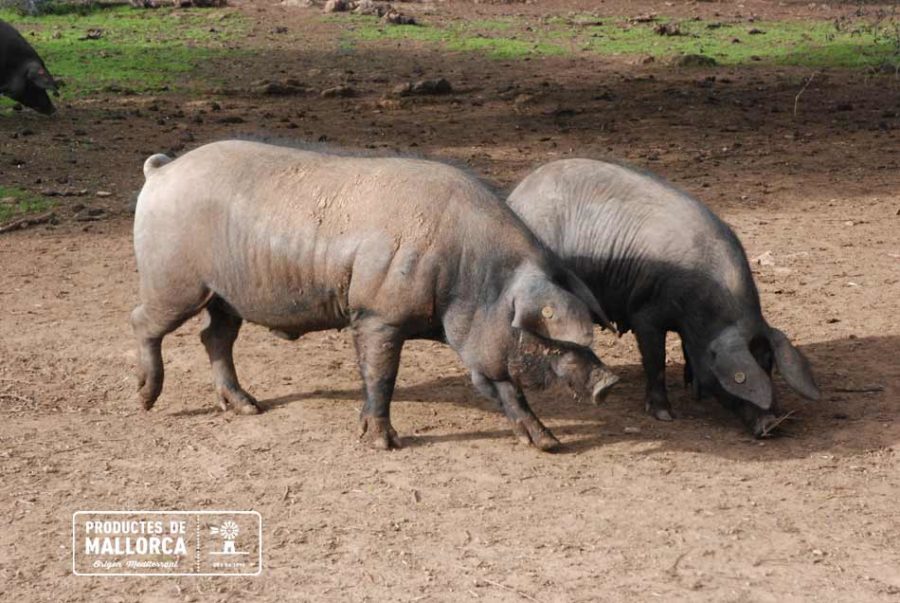 Posted on 12 February, 2020 / by Productes de Mallorca / in Gastronomy

Porc Negre and healthy diet “go hand in hand”, according to the news published in various media during 2019 which refers to the results of a study financed by the European Union. The study, conducted by the Agricultural Improvement Service of the Islands, analyzed 20 native breeds of pig such as the Iberian or Sicilian nero. The conclusion of this study is that the Porc Negre has up to 60% more healthy fats. It has a higher proportion of fat than other pig breeds, but it is a type of fat infiltrated into the meat, unsaturated and therefore healthy, with oleic fatty acids (which is the same type of fat as olive oil). This makes its lard extraordinarily rich and its meat more tender, tasty and beneficial to our health.

The news about the Porc Negre has not surprised the Mallorcans. As consumers we were not aware of this reality, but we have been checking its effects on our health all our lives.

The conclusion of this study confirms that the Porc Negre, the native pig of Mallorca, is an extraordinary animal. 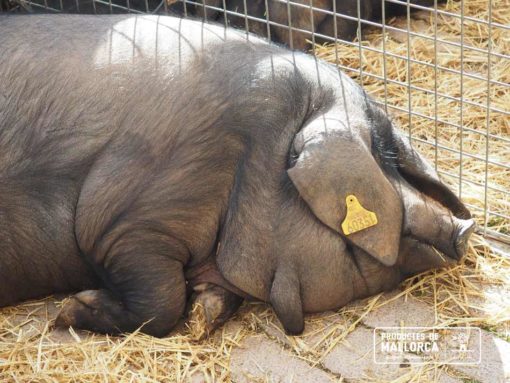 Our Porc Negre, according to the breeders of this pig, is a less efficient animal in terms of production, but it compensates for this with a high quality of meat, more tender, tasty and with less water loss. These characteristics have made it particularly suitable for the development of a cuisine rich in nuances.

The most representative product of those produced with this animal is Sobrasada de Mallorca de Porc Negre, which is protected with a PGI (Protected Geographical Indication), which ensures the quality and origin of the product.

Another equally popular gastronomic product from Mallorca is the ensaimada. The name of the ensaimada comes from saïm, which means lard (in Mallorcan), which is a main ingredient in its preparation. The ensaimada was originally made with lard of Porc Negre,which was formerly the only pig breed on the island of Mallorca.

What can we say about the baked piglet of Porc Negre!. It has become so popular in local restaurants that its success has jeopardized the production of black pork sobrasada during the year 2019.